I was wondering downtown the other day and I came across a sign posted in front of one of the historic downtown homes that said “Pirates Well.” I have walked by this place a hundred times and had never noticed it before, so I read the marker at the house and did a bit or research on it.

Apparently where this house sits was where the first fresh water on the island was found by pirates in the 1700s. But this house, located at 410 Caroline Street between Duval and Whitehead Streets, known as the Captain George Carey House has a few more claims to fame.

It was built in 1834, making it the second oldest house on the island. Captain Carey who built the house was an Englishman that operated a wholesale liquor business. The house was originally only two rooms, but after he married a German woman that he rescued from a Key West shipwreck, he enlarged the house to its current size.

From the 1930s to the 1970s Miss Jesse Porter owned the house and she had many guts here, including the Hemingways, Gloria Swanson, Tennessee Williams, Truman Capote, Wallace Stevens, and John Dos Passos which further glorifies the history of this house.

Anyway, I thought this was a neat little piece of history to share. There are many of these on the island and I’ll be sure to write about the others too. 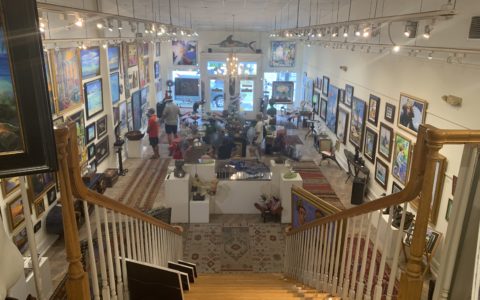 The Gallery on Greene 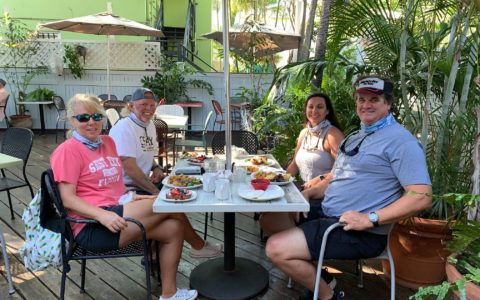 Eating Out in Key West in the Time of Covid-19