At one time in the 1800’s, more than one hundred ships per day sailed by Key West with at least one ship wrecking per week in the area due to the treacherous reef line. Locals started taking advantage of these wrecks when they found that they could make a great deal of money off of the unfortunate sailors. These people became known as wreckers, and they would patrol the reef at night from towers on land as well as small vessels. When a ship wrecked, the wrecker that got to the ship first would salvage as many goods as possible which were then sold at a fraction of market value, making the wreckers a nice profit with minimal expenditure.

Eventually, the railroads were built giving manufacturers another way to get goods from place to place. And vast improvements were made to navigational aids. This drastically reduced the number of ships passing by Key West as well as the number of shipwrecks.  1921 marked the end of an era when the wrecking courts were closed.

At the Key West Treasure Shipwreck Museum you can learn all about this unique lifestyle. Located at Mallory Square, this particular museum is a neat attraction in Key West because of its combined use of actors, films, and artifacts to bring the history of the island’s ship wreckers to life.

Once you are led into the museum by one of the wreckers, master wrecker Asa Tift tells you the story of how the wrecking industry got started in Key West and how it provided early Key West residents with an unusual lifestyle, eventually helping to make the island the richest city per capita in the country for a time.

After Asa finishes with his part of the experience, you are free to explore the rest of the museum. You can lift a real silver bar and climb the museum’s 65′ lookout tower if you dare (I chickened out half way up).

There is so much information presented here that it is really hard to take it all in. But what you do walk away with is a real grasp of what life was like in Key West during this period of history, specifically for these unique individuals that were basically legal pirates and forerunners to present day treasure hunters. 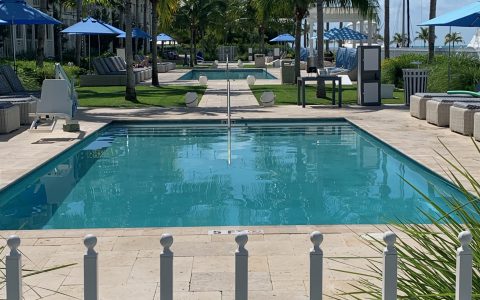