I have walked by this tiny little eatery, located at 425 Southard Street, many times. After seeing a movie the other night, my husband and I along with our friends, Erik and Dianne, decided to try it out for a quick dinner. We were able to park just out front, which was nice.  As we approached the establishment, we weren’t sure if we were supposed to order out front or sit inside. Apparently, you can do either. So after walking in and sitting at a makeshift table (a drum with a piece of clear plastic on top) we began studying not only the menu but also the shabby chic interior. Okay, so it may have been more shabby than chic, but it did have the neat feeling of actually being in Cuba.

We started out by ordering homemade sangria. After about ten minutes we still had not seen the drinks and we were wondering if the language barrier had caused out order to be lost in translation. Of course, as soon as I asked about the drink order, they were finally brought over. The staff makes this drink to order, which explained the delay. Sangria is different everywhere you get it, and I did enjoy this version, although it was much less sweet than what I am accustomed to.

When the proprietress, who did speak perfect English and was very friendly, came over to take our food order, we all got different things. My husband ordered the traditional Cuban sandwich, I ordered the shrimp burger, Erik order the confused Frita (Frita Confundita), and Dianne ordered the traditional Frita burger. We also got two orders of french fries for the table.

In case you were wondering, a traditional Cuban sandwich consists of roasted pork, ham, swiss cheese, mustard and pickles on cuban bread which is then pressed and served warm. Steven ate his, but without much gusto. He thought it was a bit bland compared to the many other Cuban sandwiches that he has enjoyed in the past.

My shrimp burger was a bit of a disappointment. It tasted fine, but it was literally a few fried shrimp on a big bun with cole slaw. I was truly expecting shrimp formed into a patty.

Erik’s confused burger was the Frita burger (beef and pork patty seasoned with garlic and spices, topped with onions, mojo pork, cole slaw, and crispy fried house julienne potatoes on a freshly-backed Cuban roll. After a few bites, he pronounced the burger interesting.

The fries were fresh cut, but they were soggy, not crispy.

For such a small place, their menu was pretty extensive. And I am not sure where they cooked it all as I could not tell where the kitchen was. I am not sure that I would come here again, but it was certainly a different experience. 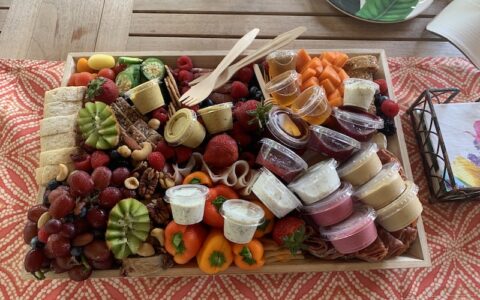 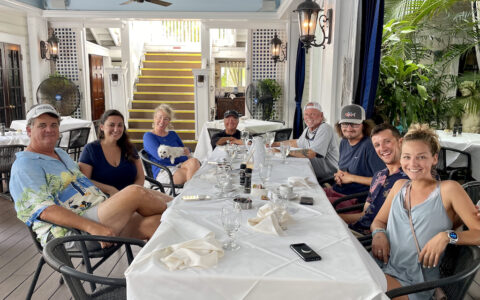 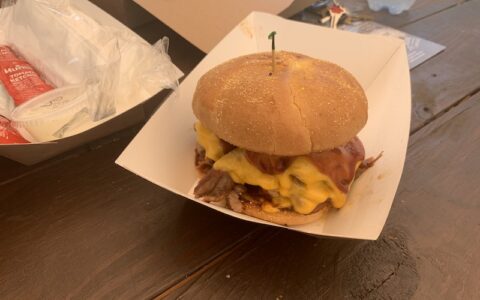