Anyone who has visited Key West has noticed the island’s chicken population. It is said that over 2,000 chickens roam the island. They fly into restaurants and bars and wander around pretty much every area on the island. These birds are seen as burdensome by some while others believe that they add to Key West’s colorful atmosphere. Either way, they are impossible to miss and they are a part of the Key West landscape for better or for worse.

So, how did they get here in the first place? Caribbean and Cuban settlers first brought chickens to Key West in the 1800s for food and for sport. Thankfully, cockfighting on the island was banned in the 1970s. However, with thee chickens being protected and the advent of the modern day grocery store, their numbers have exploded.

In 2003, to combat the numbers of chickens on the island, Key West City officials hired self proclaimed chicken catcher and barber Armando Parra, a third generation Key Wester, aka Conch. In his first year, Parra managed to capture and relocate around 550 chickens and was reportedly paid $20 per chicken.

Nationwide attention of the chicken catcher brought sympathy to the chickens, and they became a kind of Key West mascot. So after just one year, Parra quit and chickens have since ruled the roost. Several works of chicken art and other chicken related knickknacks can be found at many shops and galleries in Key West. And in 2004, the island even held the first ChickenFest event in honor of the Key West chicken.

In 2009, the Key West Wildlife Center agreed to provide medical help and adoption services for the island’s chicken population. So, the City of Key West now funds the center for chicken care while St. Mary’s Star of the Sea Food Pantry provides food to the center specifically for the chickens. If you encounter a chicken in distress, this is the place to contact as they will do their best to rehab the bird and find it a home on the mainland. Many Key West chickens end up on farms in Homestead, Florida and Ft. Myers, Florida where they live out their lives by doing things like helping with pest control.

The Key West Wildlife Center located at 1801 White Street does not only focus its efforts on helping chickens though. Their clinic provides help to injured birds of all types including hawks, herons, pelican’s and more. But that is for a different article entirely!

There are also private companies in Key West that provide chicken removal services for those residents that find the birds troublesome. But not feeding them is one way to at least help keep them at bay.

For my part, I am not a fan of being awakened by a rooster, but I do think that many of these birds are truly beautiful and that they do indeed make Key West a more interesting place.

To see what is happening on the island during your visit, check out our Key West Events Calendar and see other upcoming special events. 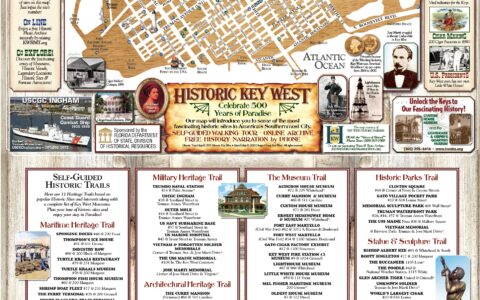