I get my usual Mexican food fix by going to Chico’s Cantina, but with as busy as I have been, I opted for convenience and had Taco Express food truck deliver me my lunch, which is oh so nice! Located on Cross Street in Key West, literally just steps away from Chico’s, yet the food is so different, it is no wonder they are both always so busy.

Katie, my office assistant and fellow foodie, decided that if we shared a few things we could get a better sampling without getting too filled up. Our one disappointment came when we ordered chips and guacamole but they were out of guacamole. We substituted pico de gallo instead, but is it really a replacement? Sadly, no. More on that later on.

In addition to the chips and pico, we each got a pork and pineapple tostada as we were told that they were small, and we shared the shredded beef quesadilla which was served with an au jus type sauce for dipping.

The chips were not the typical corn chips one gets at a Mexican restaurant. These were homemade nonetheless and tasty, although I thought they could use some salt. The pico was decent, but was missing a nice punch.

The pork and pineapple tostadas were good. The crispy “dish” was piled with meat, lettuce and cheese, and in my case one tiny piece of pineapple. Katie’s had much more apparently. It did give the dish something special with a nice small burst of sweetness that went well with the shredded pork.

The standout for us both was the quesadilla. Surprisingly, it did not have that much of a different flavor from the pork in my opinion. But it was just the right amount of meat tucked in, and the dipping au jus made it stand out.

Delivery took about an hour, and the meal was relatively inexpensive at less that $40. I would not go out of my way to go here again, but if I was craving Mexican food and did not have the time to go out then I would certainly order from here and probably give a few other things a try. They also serve tacos (of course), sandwiches, burritos, salads and platters with all different types of meats and seafood. Hopefully, they will have guacamole next time!

For more information about the fun side of Key West… things to do and see in our island city, go to our Key West Web Site. 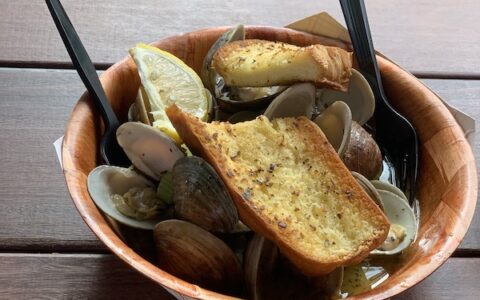 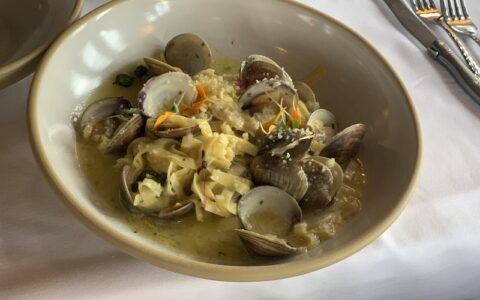 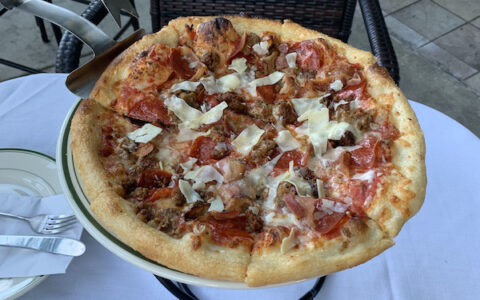